The Legal Benefits of Marriage 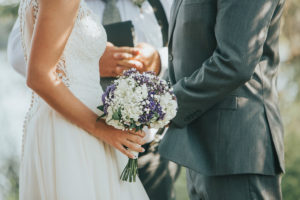 Persons who are legally married have long enjoyed a wide range of benefits in the United States, including:

The Validation of Same Sex Marriage

Over the past two decades, U.S. law has expanded the recognition of the right to marry to include same-sex couples. In 2013, the U.S. Supreme Court struck down the provision of the Defense of Marriage Act that defined marriage as a union between a man and a woman. That ruling afforded federal benefits to same-sex partners in those states that had legalized same-sex marriage. In 2015, the U.S. Supreme Court’s decision in Obergefell v. Hodges established that same-sex couples enjoy the legal right to marry, along with all other financial and legal rights that accompany marriage. The Court applied the Equal Protection and Due Process clauses of the Fourteenth Amendment to confirm that if one state afforded same-sex couples the right to marry, recognition of their marriage could not be withheld by other states. It also held that states could not refuse to recognize same-sex marriages legally entered into in another state. This decision means that same-sex marriages are recognized throughout the U.S. Prior to the Court’s Obergefell decision, thirty-seven states had recognized same-sex marriage. .

Other Family Law and Divorce Resources

RECENT TWEETS
GetLegal@GetLegalCOMMENTARY: Supreme Court Averts Danger by Disallowing the Death Penalty for Child Rape dlvr.it/SR369h3 days ago25 May 2022
GetLegal@GetLegalK-3 Visas and Other Types of K Visas dlvr.it/SQPtRS pic.twitter.com/tV3V1XTJsf2 weeks ago15 May 2022