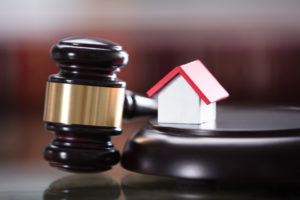 Let’s say that you have a dispute with your landlord. You were asked to pay a security deposit on your apartment and now that you’re moving out, your landlord refuses to return your money. Your landlord claims that he’s keeping the money to offset repairs that need to be made. The security deposit isn’t enormous – in total, it’s under $4,000 – but it’s still a significant sum. How are you going to get your money back?

One option is to take your landlord to small claims court. Small claims courts exist in every state to resolve disputes concerning relatively small amounts of money. The types of cases heard in small claims courts involve landlord-tenant disputes, minor property damage, recovery of property, unpaid bills, and claims for unfinished work or faulty purchases. However, the defining characteristic remains the monetary value of the claim rather than the type of claim. The amount that defines a “small claim” varies from state to state: in Delaware, the dispute cannot involve more than $15,000, while in Kentucky,  the claim must be under $2,500. These courts allow cases to be heard by a judge without the expense or the formal procedures required by other levels of courts. For instance, there is no jury and formal rules of evidence do not apply. In most states, the parties may hire attorneys, although a handful of states (including Michigan and Nebraska) actually prohibit them. Whether by law or by choice, litigants often represent themselves, which means that the litigants gather their own evidence and prepare their own witnesses. Individual states may have other peculiarities. For example:

If you wish to file suit in small claims court, you will have to file a form with your local clerk of courts; the form should describe the cause of action (i.e., the reason for the suit), the amount in dispute, and the parties.  You will also have to ensure that the person or entity that you are suing is notified of the lawsuit. The court will set a date for hearing the case; if one of the parties fails to appear in court on the date of the hearing, the judge may hear from – and enter judgment in favor of – the other party, or the judge may dismiss the case.

Small claims court offers individuals and businesses a valuable way of resolving disputes that might not otherwise be heard. However, because the parties themselves take on so much responsibility for the success of a case, mistakes can be costly. Further, it can be difficult to collect judgments in small claims court.  Think carefully about the advantages and disadvantages of this course of action and whether you want to pursue resolution informally rather than by going to court.