Understanding Larceny and Other Types of Theft Offenses 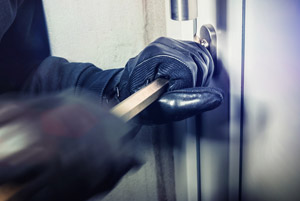 Though there are federal laws making certain types of theft a crime, most theft offenses are violations of state laws. There are minor differences from one state to another—for example, the dollar amount distinguishing grant larceny from petty larceny is higher in some places—but definitions of larceny, robbery, and burglary are generally the same in most jurisdictions.

How Does the Law Define Larceny?

Although the word “larceny” is often used interchangeably with “theft,” the actual crime of larceny requires a number of specific elements. A prosecutor must provide sufficient evidence in court to convince a jury that all the requirements are met. Otherwise, a jury must acquit.

To successfully prosecute a person for larceny, the prosecution must show that:

What Does It Mean to “Wrongfully Take and Carry Away” Something?

For a taking to be considered wrongful, the person taking the property must not have any legal claim or right to it. You can’t take property from another person without legal authority or permission. But of course, there are circumstances where it’s not illegal to take away the property of another person. For example, if you pledge private property as collateral to secure a loan, the lender has a right to take the goods for nonpayment. If they do so, it’s not larceny.

What Is the “Personal Property of Another Person” Requirement?

As a general rule, you can’t be charged with larceny for taking property you legally own. If a friend or neighbor borrows something from you and fails to return it, you can take it back without their permission. Additionally, larceny is typically not defined to include intangible property, such as labor or services.

What If You Have Permission or Legal Authority?

A court order permitting you to take property will absolve you of any liability for larceny. Furthermore, if you take property owned jointly by two people, you don’t commit larceny if you have the permission of only one owner.

Why Must There Be an “Intent to Permanently Deprive”?

Larceny is not intended to impose criminal liability for items that are borrowed rather than taken. If you can show that you only meant to use the item on a temporary basis, you won’t be guilty of larceny.

How Does Robbery Differ From Larceny?

To be convicted of robbery, a person must commit an actual larceny, but the theft must take place in the presence of the victim and the larceny must be accomplished through either the threat or use of force. Additionally, the victim of the robbery must be aware of the unlawful taking of property, as well as the threat or use of force. For example, if a person is sleeping in an upstairs bedroom while someone steals a car out of the downstairs garage, it won’t qualify as robbery (but will likely be charged as burglary).

How Does Burglary Differ From Larceny?

To commit burglary, a person must unlawfully enter a home or other structure (any building that holds people, animals, or property) with the intent to commit larceny. The unlawful entry may be by means of breaking and entering but does not have to be. A person may be charged with burglary for entering an unlocked building without permission or legal authority, provided they either commit larceny in the building or enter the building with the intent to do so.

Can a Person Be Charged With More Than One Theft Crime for a Single Act?

Yes. With a burglary, you can be charged with both burglary and either attempted or actual larceny, depending on the success of your efforts. Likewise, a robbery charge comes with an additional charge of larceny.