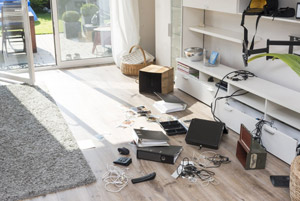 In most states, the statute that defines the requirements to prove the crime of receipt of stolen property consists of four elements: 1) the receipt of property that 2) was previously stolen, and the property was received by an individual who 3) knew that the property was stolen and 4) intended to permanently deprive the rightful owner.

For there to be receipt of stolen property, the individual receiving it must acquire it by either taking physical possession of it or exercising control over the property. In some states, the simple act of paying for the property suffices for the elements of control and therefore receipt. However, a conviction also requires knowledge of possession. Imagine that you purchase a jacket at a thrift store and you later find a flash drive loaded with information in an interior pocket. If you learn that the flash drive was stolen, you have not received stolen property, because you knowingly bought the jacket, but not the stolen property that it contained.

This element provides that the property must have been obtained by theft, fraud, or a similar crime. In other words, it must have been taken from its rightful owner by illicit means.

The individual knew the property was stolen

“With intent to permanently deprive the rightful owner of the property”

Embezzlement involves the taking of personal or corporate property by a person to whom that property was entrusted. In the crime of embezzlement, the thief does not enter someone else’s home or put a hand in someone else’s pocket to obtain the property in question. Instead, the thief already has some control over the property. Typically, embezzlement occurs when an employee takes money from an organization, or a person, for which he or she works. Embezzlement can range from taking a handful of money from a cash register to skimming funds from a client’s account; the crime can encompass a series of actions (repeatedly dipping into the till) or a single action. The distinguishing feature of this crime is that the person who commits it occupies a position of trust so that the victim of the theft depends on the thief in some way. Further, the perpetrator acquires the property because of that relationship: if the employee of a small business breaks into the office after hours and ransacks the safe, that action is not embezzlement while transferring funds from one account to another on the business’s books is. The actions must be intentional, not inadvertent. A simple accounting mistake does not count as embezzlement. However, the perpetrator need not keep the money; the money can be transferred to another party.