Understanding the Nature and Consequences of a Felony Charge

What Makes a Felony Different from Other Crimes? 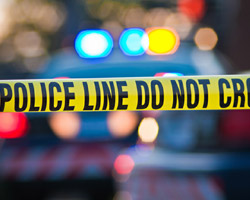 Within the American criminal justice system, crimes are generally categorized as infractions, misdemeanors, or felonies, based on the perceived severity of the offense (though some states, such as New Jersey and Maine, do not use the term “felony”). The most serious crimes are identified as felonies, and they typically carry the harshest penalties.

What Is a Felony?

The term “felony” refers to a serious crime for which the defendant can be sentenced to more than one year in prison. Furthermore, when serving a sentence for a felony, a person is typically incarcerated in a state or federal prison, rather than a local or county jail.

How Does a Felony Differ from Other Types of Crimes?

There are many ways that felony charges differ from those of other criminal prosecutions:

What Crimes Are Typically Charged as Felonies?

A wide array of criminal wrongs are almost always charged as felonies:

Can the Same Criminal Act Be Prosecuted as a Misdemeanor or a Felony?

Yes, there are situations where a misdemeanor can rise to the level of a felony and be charged as such: